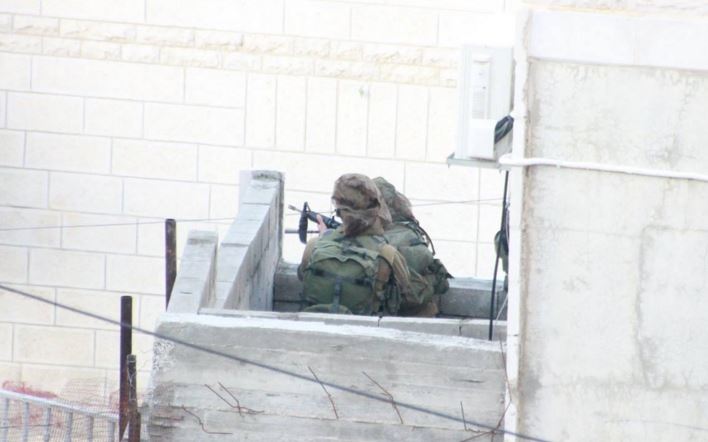 Two Palestinians were injured, one seriously, during clashes with Israeli soldiers invading Sinjel town, north of the central West Bank city of Ramallah. Many residents suffered the effects of tear gas inhalation in al-Jalazoun.Medical sources said one of the wounded suffered a serious injury, and that the two Palestinians were moved to the Palestine Medical Center in Ramallah.

The soldiers also invaded and searched many homes, and used some of them as firing posts, and monitoring towers.

In addition, the army clashed with dozens of residents, near the al-Jalazoun refugee camp, north of Ramallah.

The soldiers fired gas bombs, causing many Palestinians to suffer the effects of tear gas inhalation.