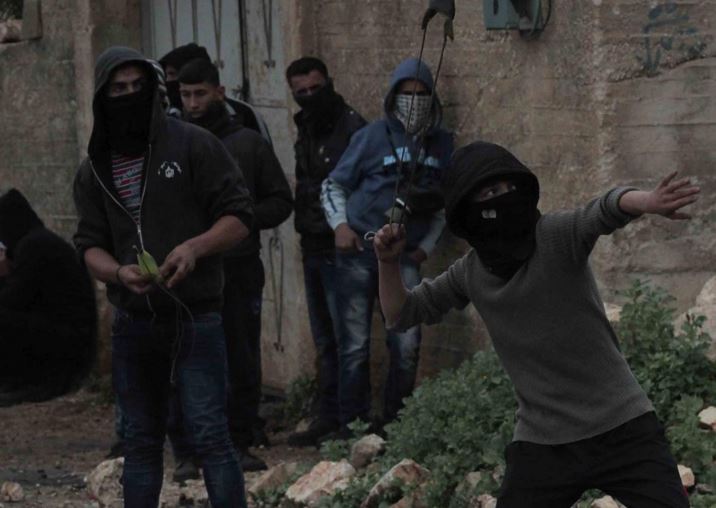 Many Palestinians suffered the effects of tear gas inhalation, on Friday, after Israeli soldiers attacked dozens of Palestinian protesters in Kafr Qaddoun, in the northern West Bank district of Qalqilia, causing many injuries. The Palestinians were holding the weekly protest against the Wall and Settlements, also demanding the army to reopen the main road of the village.

The soldiers invaded Kafr Qaddoum, and clashed with dozens of local youths, who hurled stones and empty bottles on the invading military jeeps.

Coordinator of the Popular Committee against the Wall and Settlements in Kafr Qaddoum, Morad Eshteiwy, said the soldiers resorted to excessive use of force, and fired several live rounds, rubber-coated steel bullets and gas bombs.

He added that dozens of residents suffered the effects of tear gas inhalation, and received the needed medical treatment.

Eshteiwy stated that the Palestinians will continue their popular resistance against the Israeli Annexation Wall, colonies, and ongoing violations.

‘No matter what the army does, and what we face, we will never abandon our legitimate rights,’ he said, ‘We will continue our nonviolent resistance until liberation and independence.’

Residents of Kafr Qaddoum carry out weekly demonstrations in protest of the now 13-year closure of the main street out of the village, which leads to nearby Nablus — the area’s economical hub.