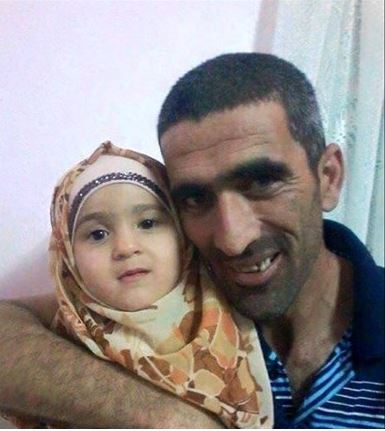 A 33-year old man died Friday of wounds sustained earlier in the day during an Israeli military invasion into the town of Sinjel, near Ramallah.The man, identified as Nash’at ‘Asfour, was shot in the chest and critically wounded by invading Israeli military forces, who shot him at close range with a ‘Dumdum’ bullet, which is an exploding bullet that is considered illegal under international law. These bullets explode on impact, shattering the body of the person shot by them with hundreds of tiny fragments of the bullet. They are frequently used by Israeli forces during their invasions of Palestinian towns and villages, which occur on a daily basis.

The shooting of the 33-year old father took place during clashes that erupted between youth in the town and the invading Israeli military forces. The military arrived in Sinjel in armored vehicles and jeeps, and began firing live rounds at youth in the street, who responded by throwing stones at the soldiers.

After being shot by the Israeli troops, ‘Asfour was taken by a Palestinian ambulance to the Palestine Medical Center in Ramallah, where he was immediately moved into surgery.

Later the same night, the doctors announced that they were unable to save ‘Asfour’s life.

He was a father to three children, including a newborn.

‘Asfour was the third Palestinian killed on Friday, and the 127th killed by Israeli forces since the beginning of October.