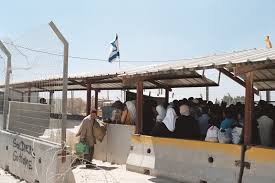 The Following is a list of names of all Palestinians shot and killed by Israeli fire in the occupied West Bank, including Jerusalem, and the Gaza Strip, including one in the Negev, in the period between Thursday October 1st and the end of December 18th, as confirmed by the Palestinian Health Ministry.
The Israeli army killed 127 Palestinians, including 25 children and six women, since October 1, while around 14.740 have been injured, including at least 4698 with live fire and rubber-coated steel bullets.

Twenty of the slain Palestinians were killed in the Gaza Strip, one in the Negev, and the rest in the occupied West Bank, including Jerusalem.

The army also shot and injured 333 children with live rounds, and 149 with rubber-coated steel bullets, while 53 children suffered fractures and bruises after the soldiers and settlers assaulted them, and eighty others suffered the effects of tear gas inhalation, including some who were shot with gas bombs.

Approximately 9650 Palestinians suffered the effects of tear gas inhalation, 350 suffered fractures and bruises after being attacked by Israeli soldiers and settlers, and 40 others suffered burns due to gas bombs and concussion grenades.

117. Rahaf Yahya Hassan, two years old. Killed along with her mother in an Israeli airstrike. 10/11