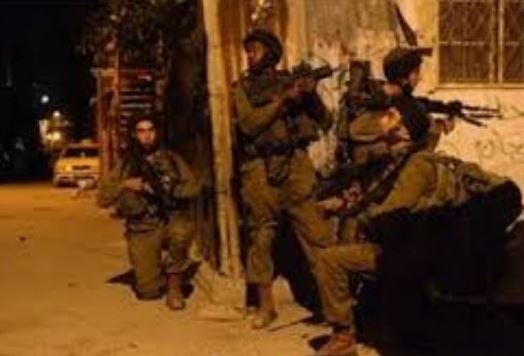 Palestinian medical sources have reported, Saturday, that two children were shot and injured by Israeli army fire, in the Qalandia refugee camp, north of occupied Jerusalem. Two Palestinians injured near Qalqilia.The two were shot, in their homes, during armed clashes between Palestinian fighters and Israeli soldiers.

The sources said Fida’ Shweiki, 14, was shot in the abdomen while in her home, facing the Qalandia terminal, after the soldiers randomly opened fire, targeting homes and stores, while another child was shot in his arm.

A number of Palestinians also hurled explosive charges on the soldiers, and exchanged fire with them, approximately for twenty minutes.

In related news, a Palestinian teenager, 17, was shot with a live round, and another with a rubber-coated steel bullet, when the soldiers attacked, a nonviolent procession in Kafr Qaddoum, in the northern West Bank district of Qalqilia, Saturday.

The Palestinian was shot with a live round in his thigh, and a rubber-coated steel bullet in his knee.

The soldiers chased him, but he managed to escape, after dozens of youths hurled stones and empty bottles on the soldiers.