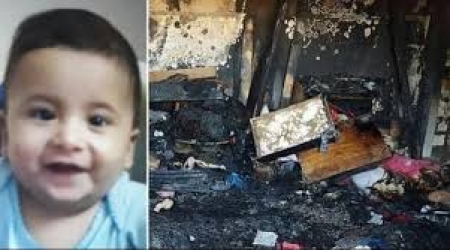 The Israeli Supreme Court is to release, on Monday, two Israelis accused of burning the Dawabsha family in the village of Douma, occupied Nablus, four months ago.Israeli public radio stated, according to Al Ray, that it is expected to release other detainees accused of the crime this evening, provided that they stay under the house arrest.

In the same context, the Israeli Supreme Court considers, this evening, a petition filed by one of the suspects, demanding to allow him meeting with his lawyer.

The Minister of the Israeli army, Moshe Ya’alon, said in a statement last week, ‘The perpetrators of the crime of Dawabsheh family’s arson attack are identified for us, but there is no evidence to bring them to trial or to charge them.’