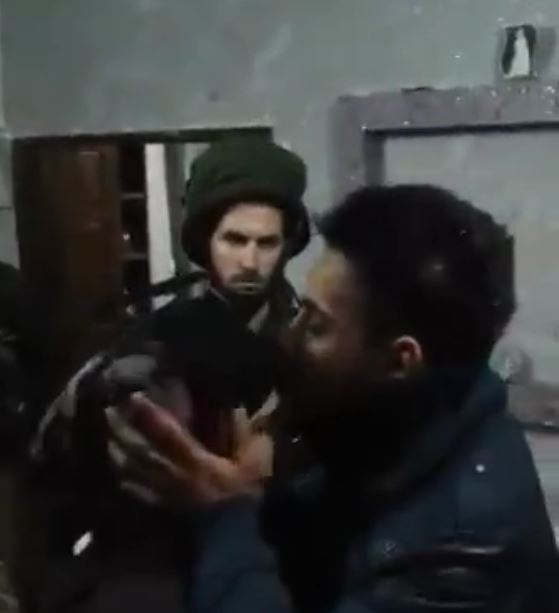 The Israeli military invaded, on Tuesday at dawn, dozens of homes in different districts of the occupied West Bank, and kidnapped at least fifteen Palestinians, including two children.Several Israeli military vehicles invaded different areas in the northern West Bank district of Tulkarem, before the soldiers searched and ransacked many homes, and kidnapped five Palestinians.

The soldiers also invaded Madama village, south of Nablus, searched homes, and kidnapped Ahmad Amer Nassar, in addition to invading homes in Salem village, east of Nablus, before breaking into and searching many homes and stores, in the village and in Al-Quds Street, in Nablus city.

In addition, the soldiers kidnapped Hisham Khaled al-Atrash, 27, from al-Walaja village, west of Bethlehem, after summoning him for interrogation in the Etzion military base, south of the city.

Another Palestinian, identified as Rafat Mohammad Manasra, 28, from Wadi Fukin village west of Bethlehem, while he was working in Jerusalem, allegedly without a permit.

In Za’tara town, east of Bethlehem, the soldiers invaded and ransacked many homes, and kidnapped three Palestinians.

The soldiers kidnapped Abdul-Rahman Hasan Dannoun after beating him and confiscating mobile phones from the family.

They also kidnapped Abdul-Aziz Kamel Abu ‘Amriyya, after violently searching his gas station and confiscating surveillance cameras and tapes, while resident Jihad Mahmoud Abu Ramees, was kidnapped from his home in the town.

In Hebron, in the southern part of the West Bank, the soldiers kidnapped a young woman near the Ibrahimi mosque, after assaulting her, causing her to bleed, mainly from her head and face.

The Israeli army claimed she carried a knife, but did not report any attack.

Head of the Ibrahimi Mosque in Hebron, Monther Abu al-Feelat, said the soldiers sprayed the young woman with pepper spray, before kidnapping her.

Also in Hebron, the soldiers kidnapped three Palestinians, including two children, in Halhoul and Doura towns, after breaking into their homes, and searching them.

The three have been identified as Ayham Mohammad Sa’da, 14, his brother Mohammad, 15, in Halhoul town, and Natheer Mohammad Nassar, 20, in Doura.

In addition, dozens of soldiers invaded various neighborhoods in Hebron city and Beit Awwa town, searched many homes and interrogated dozens of residents.

The soldiers also installed roadblocks on the northern and southern main roads of Hebron city, and the al-Fawwar refugee camp, before stopping and searching dozens of cars while inspecting the ID cards of the passengers.