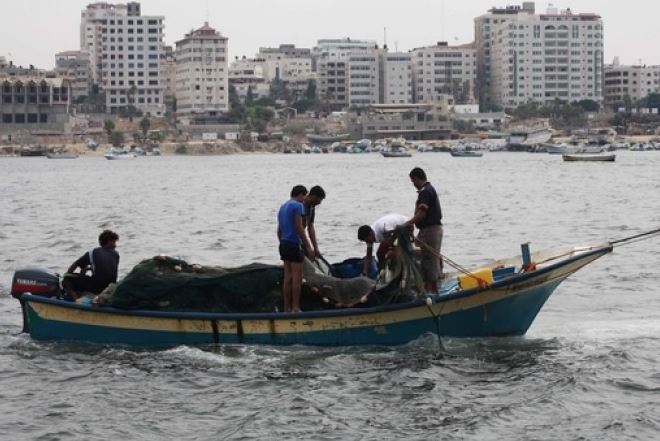 Israeli Navy ships attacked, Tuesday, several Palestinian fishing boats, close to the Gaza City shore, opened fire on them, before kidnapping ten fishers, and confiscated their boats. Woman injured by army fire in Khan Younis.Eyewitnesses said the fishers were in the Sudaniyya Sea area, northwest of Gaza City, when the navy fired several live rounds on them and their boats, and kidnapped ten of them.

On Monday at night, Israeli navy ships attacked several Palestinian fishing boats, in the Beit Lahia sea area, in the northern part of the Gaza Strip, and kidnapped four fishers.

On Tuesday at noon, the soldiers, stationed on military towers across the border fence, opened fire on Palestinian farmers, east of Khuza’a town, east of Khan Younis in the southern part of the Gaza Strip, wounding one woman, while working in her land.

Medical sources said the woman was moved to a local hospital, suffering a moderate injury.