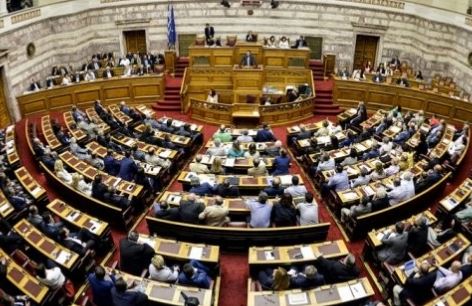 The Greek Parliament unanimously voted, Tuesday, officially recognizing the state of Palestine. President Mahmoud Abbas, Greek Prime Minister Alexis Tsipras, and various officials, attended the vote.The Palestinian Authority thanked Greece for the positive vote, and described it as a move in the right direction towards stronger relations, and cooperation, between the two countries.

It added that the latest vote should encourage other countries around the world to recognize Palestine, and the legitimate rights of the Palestinian people, including the right to independence and self-determination.

Speaking to Greek parliamentarians after the vote, President Abbas described the development as historic, and thanked the country for this positive diplomatic move.

Israeli Deputy Foreign Minister Tzipi Hotovely denounced the vote, and described it as a move that has “no practical significance”.