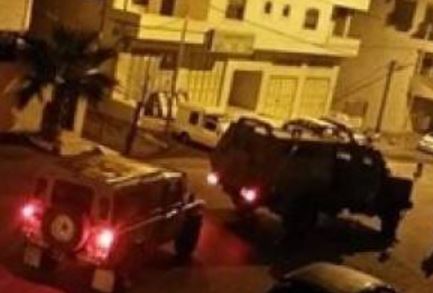 The soldiers also summoned Raed Hasan Abu ‘Arram, his brothers Monjed and Khaled, for interrogation in the Gush Etzion military base, north of Hebron.

In addition, the army installed several new roadblocks in different neighborhoods in Hebron city, its northern and southern roads, in addition to the main entrances of Sa’ir and Halhoul towns.

The soldiers stopped and searched dozens of cars, and inspected the ID cards of the passengers while interrogating many of them.

In related news, Israeli sources said one soldier suffered a moderate injury in an accidental shooting by another soldier, and was moved to hospital, while the military opened an investigation into the incident.