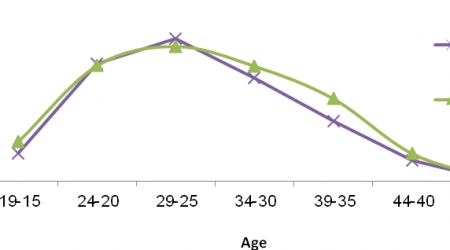 In a report issued on Wednesday, by the Palestinian Central Bureau of Statics (PCBS), the projected number of Palestinians in the world was estimated at 12.37 million, of whom 4.75 million are living in Palestine, 1.47 million in Israel, 5.46 million in Arab countries, and around 685,000 in foreign countries.Israeli numbers will reach 6.34 million. However, by 2017, the total number of Palestinians and Israelis in occupied Palestine is predicted to equal out.

The report indicated, according to Al Ray Palestinian Media Agency, that there is an increase in the population of Palestinians in the world at large, noting that more than one-third are in the Gaza Strip.

The statics showed that the Palestinian population in Israeli-occupied Palestine is youthful. The number of Palestinians living in Israel is 1.47 million, at the end of 2015, and of whom about 34.8% are aged below 15 years, compared to 4.2% aged 65 years and over, for the year 2014.