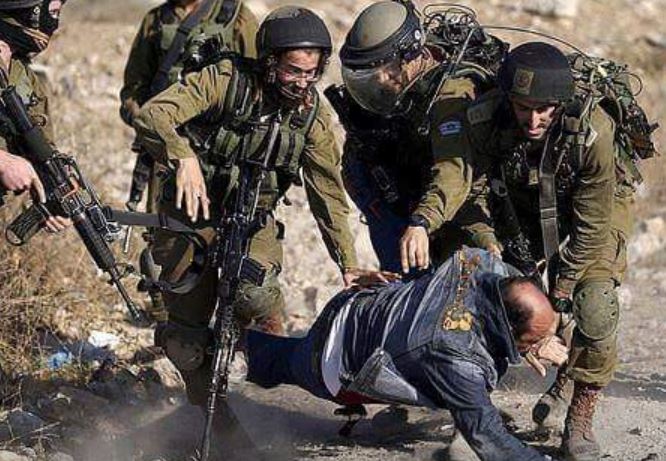 The Palestinian Health Ministry has reported that a Palestinian man died, on Thursday night, of severe wounds suffered several weeks ago, after the soldiers invaded the al-Jalazoun refugee camp, north of Ramallah. The sources said that, three weeks ago, Shadi Ghbeish, 38 years of age, was repeatedly beaten by several soldiers after they fired many gas bombs at his home, causing his family to suffer severe effects of tear gas inhalation.

Palestine TV and other eyewitnesses caught the attack against Ghbeish on camera.

He argued with the soldiers who started continuously kicking and beating him; the soldiers were beating Ghbeish with their guns on his head and various parts of his body.

The Ministry added that 1887 Palestinians were shot with live rounds, 3104 with rubber-coated metal bullets, and 10.231 suffered the effects of tear gas inhalation, in addition to 360 who suffered fractures and bruises after the soldiers assaulted them, and 38 suffered burns.

In the West Bank, Israeli soldiers shot 1207 Palestinians with live rounds, 2964 with rubber-coated steel bullets, and 316 suffered fractures and bruises after being assaulted by soldiers and paramilitary Israeli settlers, and 9629 suffered the effects of tear gas inhalation.

The Health Ministry said 358 children were shot by live gunfire, 154 with rubber-coated steel bullets, 27 were shot with gas bombs fired directly toward them, and 54 were beaten by the soldiers.