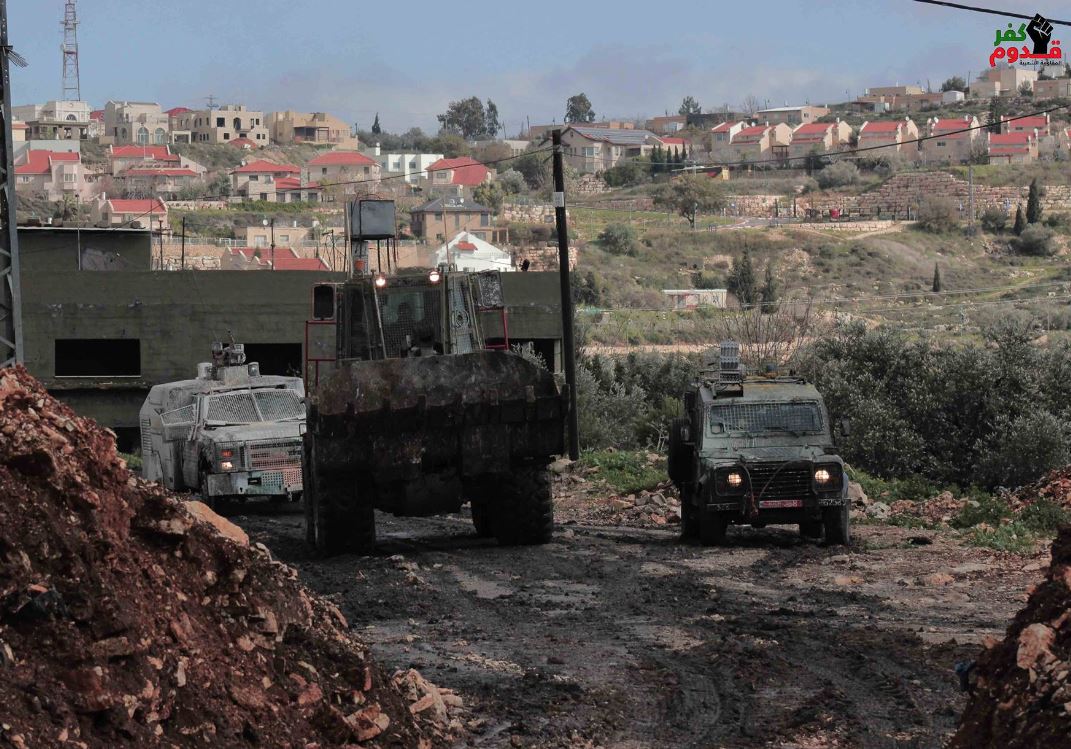 A Palestinian TV cameraman was injured, and many protesters suffered the effects of tear gas inhalation, Friday, after dozens of Israeli soldiers attacked the weekly nonviolent protest against the Wall and colonies, in Kafr Qaddoum town, near the northern West Bank city of Qalqilia.The Popular Committee in Kafr Qaddoum said this week’s protests also marked the 51st anniversary of the establishment of Fateh movement, and commemorated the third anniversary of the death of Sheikh Sa’id Jasser, who died of severe effects of tear gas inhalation.

The Committee stated that dozens of residents marched from the center of the village, carrying Palestinian flags, posters and chanting for ending the illegal Israeli occupation of Palestine and the escalating violations.

Eshteiwy added that Palestinian cameraman Enaal al-Jada’ was shot with a rubber-coated steel bullet in his leg, and received the required treatment by Red Crescent medics.

Many Palestinians also suffered the effects of tear gas inhalation.

The soldiers surrounded Kafr Qaddoum since early morning hours, and tried to hide between trees and various areas, but the protesters managed to uncover the ambush attempts, before clashing with the soldiers.