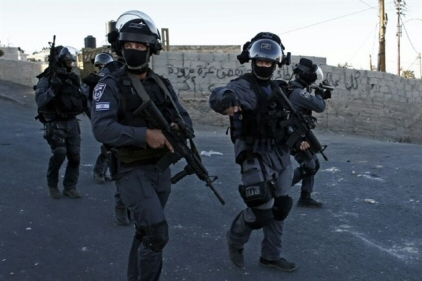 A Palestinian was detained Sunday, after reportedly attempting to stab an Israeli in occupied East Jerusalem, by Israeli police account.Spokesperson Luba al-Samri said in a statement that a “young Arab terrorist attacked an Israeli civilian while standing at a bus station.”

The bus station was located on Barzani street, in the Armon Hanatziv neighborhood, which borders the Palestinian Jabal al-Mukkbir neighborhood. The suspect attempted to stab the Israeli and fled the scene before being detained by Israeli police and taken for questioning, al-Samri said.

No injuries were reported in the incident, according to Ma’an.

Several attacks have been carried out by individual Palestinians on Israeli military and civilians since a wave of unrest swept the occupied Palestinian territory in October.

One Israeli was killed last month after being stabbed in an attack carried out near Jerusalem’s Old City by two Palestinians from the Qalandiya refugee camp.

A second Israeli was killed during the attack after being shot by Israeli border police who opened fire on the attackers.

Following attacks that initially began to increase in Jerusalem in October, Israeli authorities implemented additional security around public transportation in the occupied city, while sealing off Palestinian areas.

Documentation of these incidents has caused rights groups to question the validity of Israeli reports.