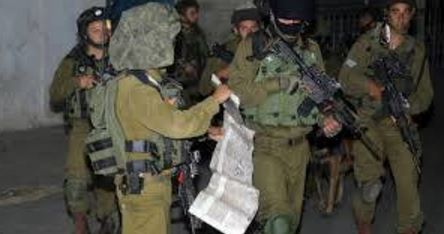 Also in Beit Ummar, the soldiers summoned Rabea’ Jawad Awad, 19, and his brother Mohammad, 14, for interrogation in the Etzion military base.

In related news, the soldiers installed roadblocks in various neighborhoods in Hebron city, its northern and southern entrances, in addition to the main roads of Sa’ir and Halhoul towns, stopped and searched dozens of cars and examined the ID cards of the passengers.