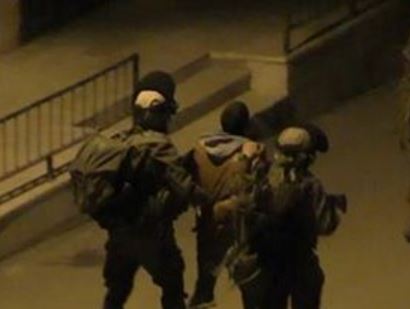 The sources added that the invasion led to clashes between the soldiers, who fired live rounds, rubber-coated steel bullets and gas bombs, and local youths, who hurled stones and empty bottles on the invading forces.

In related news, the soldiers stormed and searched homes in Madama village, south of Nablus, interrogated many Palestinians, and collected their mobile phones’ numbers.

In Jenin, in the northern part of the West Bank, the soldiers invaded Barta’a ash-Sharqiyya village, isolated behind the Annexation Wall, broke into and searched many homes and stores. The soldiers also installed roadblocks on the town’s entrances.

Also on Monday at dawn, dozens of soldiers invaded several Palestinian communities in the southern West Bank district of Hebron, searched many homes and kidnapped six Palestinians, in addition to summoning two Palestinians, including a child, for interrogation.