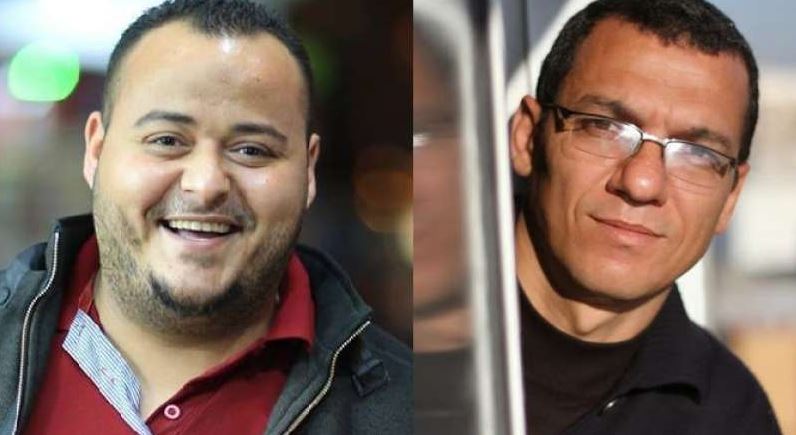 The Palestinian Centre for Human Rights (PCHR) is concerned that the arrest might be on grounds of practicing their right to the freedom of opinion and expression. PCHR also calls upon the Attorney General in Gaza to follow up and clarify the circumstances to the public opinion.

According to PCHR’s investigations and families of the arrested persons, at approximately 17:30 on Sunday, 03 January 2015, an ISS force headed to al-‘Aloul’s house in al-Sabrah neighborhood and confiscated two laptops after asking for all the laptops from which al-‘Aloul logs in his Facebook account.

The force then took al-‘Aloul to Ansar Security Compound for interrogation. It should be noted that he is so far under arrest. All of that happened without showing a search or arrest warrant.

In the meantime, another ISS force arrested Herzallah from his house in al-Wehdah Street in the center of Gaza City. The force confiscated a laptop, PC set and a cell phone belonging to Herzallah. All of that happened without showing a search or arrest warrant from the Attorney General as well.

PCHR is concerned over the two arrests and stresses that:

· The right to the freedom of opinion and expression is guaranteed under Article 19 of the 2003 Palestinian Basic Law (PBL) and freedom of criticism is guaranteed by law and international standards;

· The ISS should respect the 2001 Criminal Procedure Code, especially the articles relevant to the necessity of issuing a search or arrest warrant from the Attorney General for the purposes of arrest, searching property and confiscating personal belongings.

The warrant should also include the charges and reasons for searching if the arrest is accompanied by search; and

· Laptops are personal items, so confiscating and searching them is considered a violation of the right to privacy that is protected by Article 32 of the 2003 PBL. Thus, confiscating or searching private devices should be done upon a decision from a judicial body.

PCHR also stresses its firm position towards practicing freedoms and calls upon:

1. The Attorney General to immediately intervene to follow up the situation of the activists in cooperation with the ISS and reveal the arrest circumstances to the public opinion;

2. Security services in the Gaza Strip to respect the law especially Criminal Procedure Code; and

3. Security services in Gaza to respect the right to freedom of opinion and expression, right to privacy and right to due process.