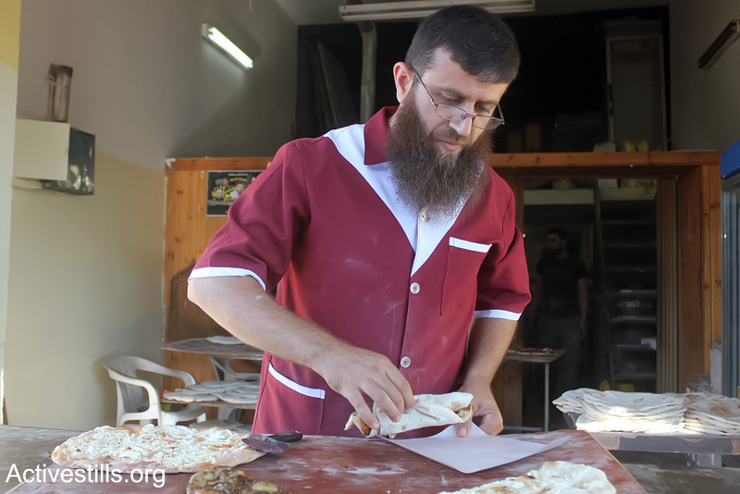 Former political prisoner and long-term hunger striker Khader Adnan was abducted Monday by Israeli troops while driving east of Ramallah, then released several hours later. Adnan has undertaken two long-term hunger strikes while in Israeli detention, the latest one lasting for 54 days in 2014.Previously, in 2012, Adnan survived a 66-day hunger strike while in Israeli prison without charges. At that time, Adnan agreed to end his hunger strike only under the condition that Israeli authorities never again hold him without charges under so-called ‘administrative detention’.

He suffered from severe health deterioration during both of his long-term hunger strikes, and the damage they caused to his internal organs is irreparable.

His abduction on Monday took place when Adnan was driving his car near Silwad village, east of Ramallah. Israeli troops pulled him over and abducted him, taking him to an unknown location.

Local media agency Wafa News reports that he was released several hours after his abduction. No reason has been given by Israeli authorities for the abduction of Khader Adnan.

Adnan is well-known worldwide for his long-term hunger strikes and commitment to the Palestinian struggle for self-determination. During his 2012 hunger strike, Adnan was joined by nearly 2000 other Palestinian prisoners, many of whom remained on hunger strike until they were hospitalized.

He undertook his hunger strikes in order to call for an end to the Israeli practice of ‘administrative detention’, whereby Palestinian prisoners are held without charge for periods of six months. These periods are often extended, and can last for years, without the defendant ever being charged with any crime.

Israeli authorities claim that the practice is for ‘national security’, but Palestinian human rights groups point out that it is used as a punitive measure – often against Palestinians who are involved in organizing non-violent civil disobedience or speaking out against the Israeli occupation.