Palestinian Child Shot In The Head In Jerusalem 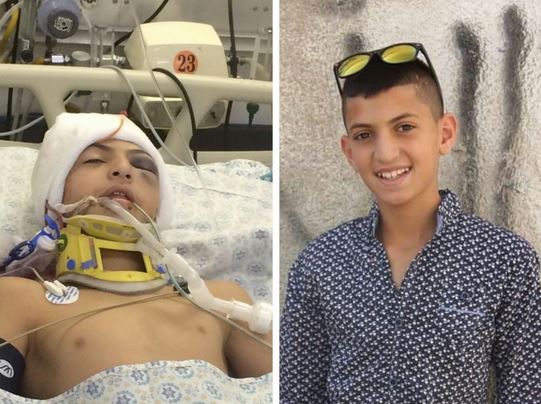 The Wadi Hilweh Information Center in Silwan (Silwanic) has reported Wednesday that a Palestinian child suffered a serious head injury, after Israeli soldiers shot him in the head, in the al-‘Isawiyya town, in occupied Jerusalem.Mohammad Abu al-Hummus, member of the Follow-up Committee in al-‘Isawiyya, said the child, Ahmad Tawfiq Abu al-Hummus, 12 years of age, was shot with a rubber-coated steel bullet in the head, and was moved to the Hadassah Israeli medical center in Jerusalem.

Due to the serious nature of his head injury, the doctors instantly moved the wounded child to surgery.

He also stated that all stores in the town had to shut down after the army invaded it, and the resulting clashes.

It is worth mentioning that the soldiers also detained Mohammad Abu al-Hummus, temporarily confiscated his mobile phone, and deleted all videos and pictures he took documenting the invasion.