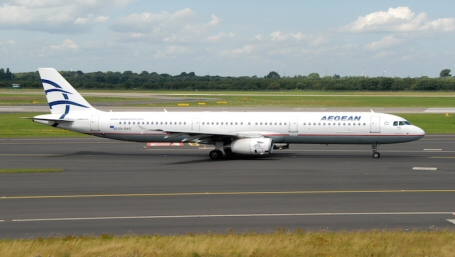 In response to a statement made by PLO Secretary General Dr. Saeb Erekat, Mr. Dimitris Gerogiannis, CEO of AEGEAN Airlines, sent a letter to Dr. Erekat expressing his company’s “greatest regret” regarding the event wherein two Palestinians had to leave the plane after a group of Israelis pressured the cabin crew.Mr. Gerogiannis stated, according to the PNN:

“We would like to emphasize that our crew did try for more than an hour and thirty minutes to resolve the situation. Unfortunately by the time that all the security had been rechecked, yes there was unwarranted and indeed unfair continued reaction by a large group of passengers”.

“We are outraged by how two Palestinians were treated with discrimination and prejudice at the hands of the AEGEAN cabin crew prior to the departure of last Sunday’s flight from Athens to Tel Aviv.”

Mr. Gerogiannis is scheduled to have a meeting with Mr. Marwan Toubassi, the Ambassador of the State of Palestine to Greece, today.

“Again we regret the whole event, once which is quite unprecedented in our experience despite flying for many years to the Middle East.”

In response to the letter, Dr. Erekat said: “We appreciate the fact that AEGEAN Airlines took this grave case seriously. Ambassador Toubassi will further discuss this issue with the company’s CEO.”

He added: “If anyone had to leave the plane, it should have been the racist Israelis that refused to fly with the two Palestinian passengers on board.”