Soldiers Attack The Weekly Protest In Bil’in; Cause Dozens of Injuries 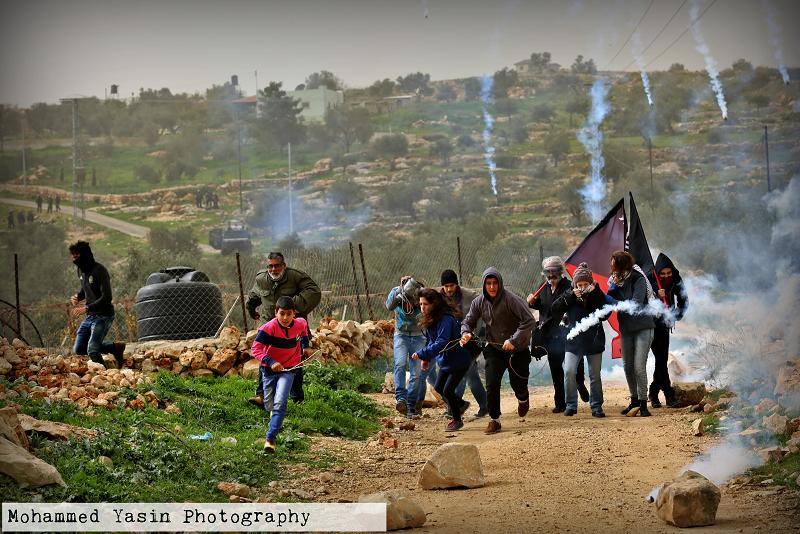 Israeli soldiers attacked, Friday, the weekly nonviolent protest against the Annexation Wall and colonies, in Bil’in village, in the central West Bank district of Ramallah, causing dozens of injuries.This week’s protest marks the 51th anniversary of the establishment of Fateh movement, and the fifth anniversary of the death of Jawaher Abu Rahma, who suffocated to death in a nonviolent protest after the soldiers fired dozens of gas bombs.

Local residents, accompanied by Israeli and international peace activists, marched from the center of the village, carrying pictures of Jawaher, posters and Palestinian flags, and chanting for ending the illegal Israeli occupation of Palestine.

They also chanted for national unity as they marched, calling for steadfastness if countering the illegal Israeli occupation of Palestine, and also called for the release of all political prisoners.

The soldiers engaged in excessive use of force, and fired dozens of gas bombs and rubber-coated steel bullets, causing dozens of protesters to suffer the effects of tear gas inhalation.

The soldiers were stationed near the site of the old wall, that was demolished and rerouted in 2011, due to ongoing protests and legal challenges that eventually achieved an Israeli ruling changing the wall’s path.

The troops immediately began firing gas bombs at the protesters.

The attack led to clashes between the soldiers and many local youths, who hurled stones at the army, while the soldiers fired many more gas bombs toward the crowd. 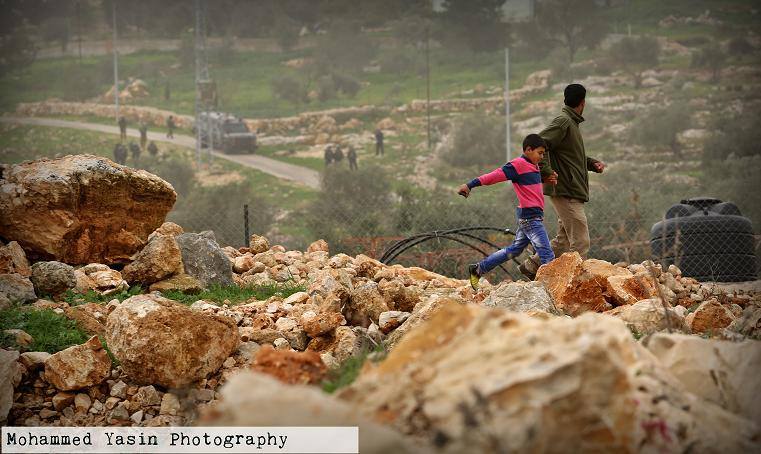 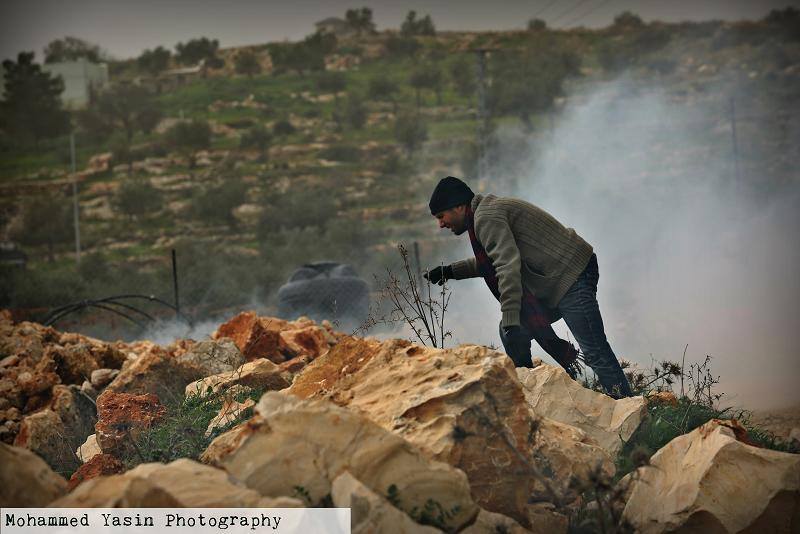