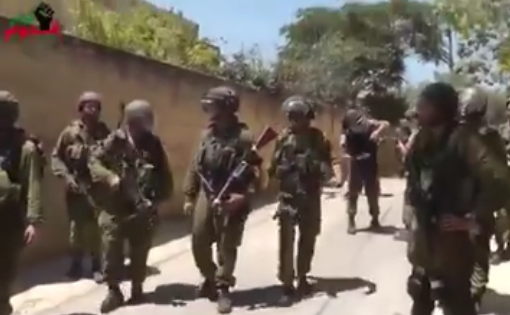 Eshteiwy stated that Maher Amer, 60 years of age, was shot with a live round in his thigh, while walking back home after visiting relatives in the area where the invasion and clashes took place.

He also said that the soldiers have escalated their invasions into the town, especially due to ongoing weekly protests, held on Fridays, demanding the military to reopen the main road of the town, which has been closed for more than 13 years, to grant the settlers easy access to their illegal Kedumim colony, illegally built on Palestinian lands.

Since then, 69 Palestinians have been shot with live fire, while hundreds have been injured by rubber-coated steel bullets, gas bombs and concussion grenades.

The soldiers also repeatedly target homes in the town with live fire and gas bombs, in addition to frequently spraying homes with waste-water mixed with chemicals during protests.