6 New Watchtowers to be Built in Nablus 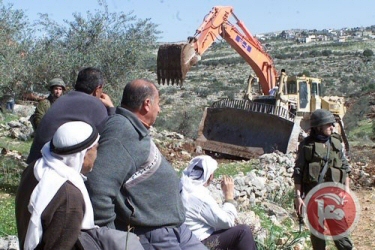 Doughlas said Israeli authorities plan to build the watchtowers in order to better protect the settler population in the area.

It is unclear if all six towers will be built on Yitzar road, or if some will be built directly off highway 60, the main road in the area that connects the southern and northern occupied West Bank.

The land off highway 60 in the northern West Bank is dotted with settlements, some of which are officially recognized, while others are unofficial outposts.

In addition to new military towers in the area, Doughlas said Israeli forces also plan to expand an already existing fence near the illegal Israeli settlement of Itamar, which will confiscate thousands of dunams of land in the name of ‘security’ (1,000 dunams is equal to 250 acres).

Doughlas said that Israeli forces, on Tuesday, began digging in the area in preparation for the expansion of the fence.

Separately, Doughlas also reported that Israeli authorities have notified the PA of plans to demolish eight agricultural structures between the Nablus villages of Douma and Talfit. The owners of the land were officially notified and given a 45-day notice before demolitions will take place.