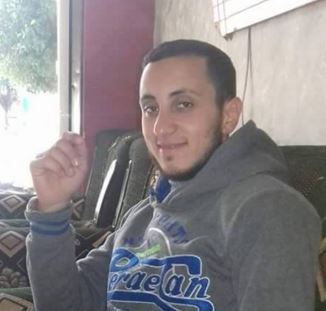 The Al-Qassam Brigades, the armed wing of Hamas, has reported that one of its fighters died, on Friday morning, in an accident while working in a border tunnel, in Rafah, in the southern part of the Gaza Strip.The Brigades said the fighter, Bassem Ayyoub al-Akhras, 22, died of electric shock while working in a tunnel.

Dr. Ashraf Al-Qedra, spokesperson of the Palestinian Ministry of Health in Gaza, said al-Akhras is from the Shaboura neighborhood, in Rafah.

On Sunday, December 27, 2015, a Qassam fighter, identified as
Abdul-Rahman al-Mobasher, died of wounds, suffered a few days earlier, in a tunnel-collapse accident.

Dozens of fighters, and tunnel workers, have been killed in various accidents in siege-busting tunnels, across the border
between Gaza and Egypt, largely after the tunnels collapsed on them, and in other cases after Israel bombarded the tunnels.

Many Palestinians, not affiliated with any armed group, resort to working in tunnels to provide for their families due to the dire conditions in the impoverished coastal region.