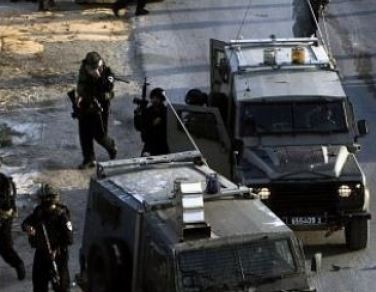 Eyewitnesses said dozens of soldiers were deployed near various villages and towns in Jenin, and also installed many roadblocks overnight.

On Friday morning, the soldiers kidnapped a Palestinian police officer on a sudden roadblock installed by the soldiers on the main entrance of Ya’bad town, southwest of the northern West Bank city of Jenin.