Israel Announces Arrest Of ‘Palestinian Who Killed A Settler’, Sunday 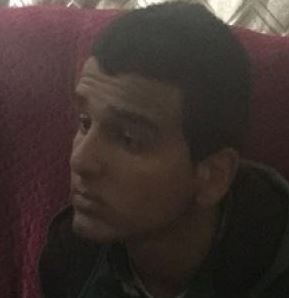 The Israeli army and Internal Security Services announced they have arrested, on Monday at night, a Palestinian teen, allegedly behind the killing of a settler woman, in Otneil colony, south of the southern West Bank city of Hebron.Israel said a Palestinian, identified as Morad Abdullah Ed’eis, 16 years of age, was taken prisoner in Beit Amra village near Yatta, south of Hebron.

Israeli security sources said the Ed’eis ‘confessed during interrogation that he stabbed the settler woman, identified as Dafna Meir, to death.’

The sources added that, in contrary to earlier reports, the Palestinian wasn’t a worker in the settlement, yet; the Israeli military and security devices are leaning towards denying Palestinian workers access to all settlements in the occupied West Bank.

In addition, Israeli soldiers have kidnapped, overnight and at dawn, more than 14 Palestinians, in several military invasions in different parts of the occupied West Bank.

The Israeli military has locked down several Palestinian villages and towns in the Hebron district Sunday, forcing all residents to remain in their homes while they conduct house-to-house searches looking for a suspect in the stabbing of an Israeli settler woman on Sunday.

The stabbing victim was part of a paramilitary settler colony known as ‘Otniel’, which was constructed in violation of international law on forcibly-seized Palestinian land.

According to the Israeli military, an unknown assailant entered the female paramilitary settler’s home and stabbed her, then fled the scene. The woman was taken to the hospital by the Israeli medical service Magen David Adom, where she succumbed to her wounds.

The woman was identified as Dofna Meir. The assailant allegedly entered her home when three of her four children were home. Meir’s fifteen year old daughter provided a description of the attacker to the Israeli military.

The girl claimed that the attacker was a Palestinian, and the military has put all the surrounding villages on lockdown as they interrogate local residents to try to determine who the attacker was.

The villagers of Khirbat al-Karmah, located north of the Israeli settlement, reported numerous violations by the Israeli military, including forced interrogations and destruction of property.

The stabbing of the Israeli settler comes just hours after a Palestinian teen was killed by Israeli soldiers at a checkpoint in the northern part of the West Bank for allegedly ‘wielding a knife’, although no Israeli was injured and eyewitnesses questioned the Israeli claim that the teen had a knife.

In numerous instances over the past three months, Israeli soldiers have been documented placing knives near the bodies of slain Palestinians, in an attempt to try to justify the fatal shootings of these civilians by the Israeli military.

Israeli Prime Minister Binyamin Netanyahu made a statement Sunday night that the person who killed Meir ‘will pay the full price for this heinous murder.’