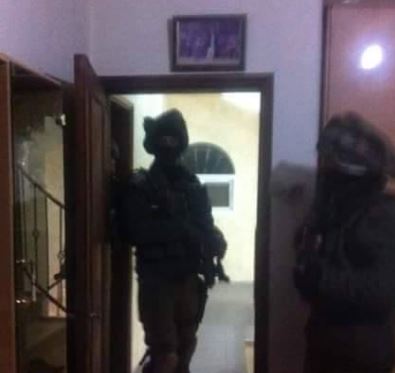 The soldiers also invaded and ransacked the homes of two political prisoners, identified as Mohannad and Firas Hatem Amarna, their father’s and their brother’s homes, and confiscated mobile phones and a laptop.

In addition, the soldiers searched the homes of Majed, Rani and Nizar ‘Atatra, Amjad and Waleed Mahmoud ‘Atatra, and a Tobaco factory belonging to Amjad ‘Atatra.

The soldiers distributed leaflets threatening that the army will impose harsher measures, and escalate arrests and closures of the village, “should the youths continue to hurl stones at the soldiers and settlers’ vehicles,” driving near the town.