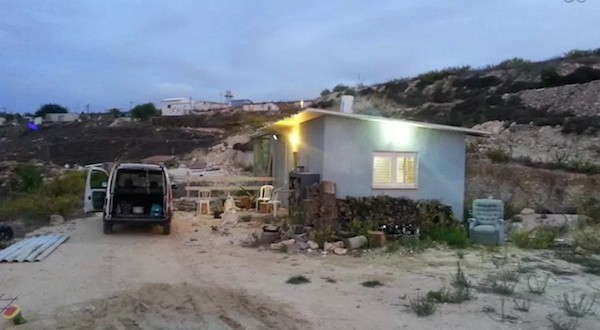 Airbnb* is enabling anyone to rent rooms and vacation homes in illegal Israeli settlements in the occupied West Bank.The list of places to rent, some of them even luxurious cottages, make no mention of the fact that they are in illegal settlements on occupied Palestinian land.

The American Muslims for Palestine, CODEPINK, Jewish Voice for Peace, U.S. Campaign to End the Israeli Occupation and U.S. Palestinian Community Network has created an online petition to stop Airnbnb to list rentals in illegal Israeli settlements in the occupied West Bank:

“As people who care about human rights and international law, we ask Airbnb to immediately stop listing vacation rentals in Israeli settlements, all of which were built on stolen Palestinian land and deemed illegal under international law.

Airbnb’s anti-discrimination policy states that they prohibit listings that promote racism, discrimination, or harm to individuals or groups, and require all users to comply with local laws.

Through earning fees from settlement vacation rentals, Airbnb is directly profiting from the continuing occupation and dispossession of Palestinians.”

The major problem, for people who are not familiar with the Palestine situation, is that Airbnb’s website does not differentiate between rooms in Palestinian cities and towns, and those located in illegal Israeli settlements — its maps of the occupied West Bank display no differentiation between areas under Israeli control and those under Palestinian control, and it doesn’t at all mention the illegal Israeli occupation of the West Bank.

*Airbnb was founded in August of 2008 and is based in San Francisco, California. In their website they are describe as: “A is a trusted community marketplace for people to list, discover, and book unique accommodations around the world — online or from a mobile phone or tablet.

Whether an apartment for a night, a castle for a week, or a villa for a month, Airbnb connects people to unique travel experiences, at any price point, in more than 34,000 cities and 190 countries. And with world-class customer service and a growing community of users, Airbnb is the easiest way for people to monetize their extra space and showcase it to an audience of millions”.