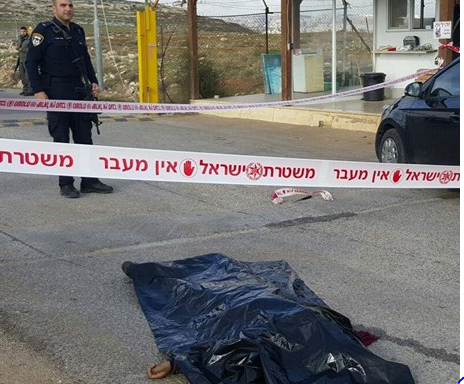 Israeli sources reported Saturday, that an armed guard of “Anatot” settlement, north of occupied Jerusalem, shot dead a Palestinian child after she allegedly pulled a knife on him.
The child has been identified as Roqayya Eid Abu Eid (al-Yattawi), 14, from the Palestinian town of ‘Anata, in the Jerusalem district. The ‘Anatot’ colonial settlement is constructed on land taken illegally from the indigenous Palestinian residents of the town of ‘Anata.

According to the Israeli “Jerusalem Post” newspaper, the incident took place outside Anatot settlement on Saturday morning. The paper printed the guard’s account of the murder, in which he claims that he “approached her to ask for identification, and question her, but she pulled a knife and tried to stab him.” The guard was not harmed.

The child initially suffered very serious wounds, and later died of her wounds. Palestinian sources said the child’s extended family is from Yatta town, in the southern West Bank district of Hebron. The family moved to ‘Anata ten years ago.

Israel Police spokeswoman Luba Samri said that initial investigations indicate that the young girl had an argument with her parents, then left the house carrying a knife.

She added that the child’s father was taken for questioning in Ma’ale Adumim settlement. At the time he was abducted by the army, his 14-year old was still alive, and he offered to do anything to bring her back home.

But the Israeli military refused to even allow the father to see his child as she lay dying. She died several hours after being shot.