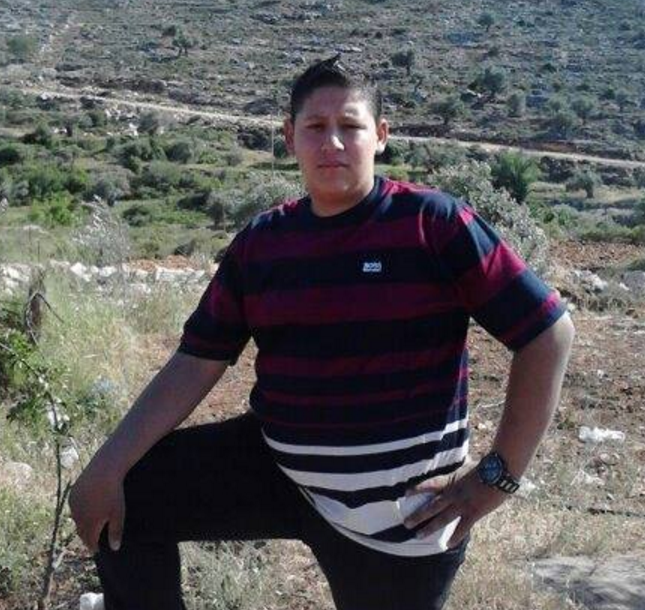 Israeli military sources have reported that a Palestinian teen was killed, on Saturday evening, in Abu Dis town east of occupied Jerusalem, when an explosive he allegedly was preparing to throw at an Israeli military outpost, detonated prematurely.The sources said the explosion did not lead to any casualties among the soldiers. The body of the slain Palestinian was severely mutilated due to the blast.

The Palestinian Red Crescent said its medics rushed to the scene, but Israeli soldiers prevented them from approaching the Palestinian, and declared the area a closed military zone.

On Saturday evening, the Israeli army transferred the body of Roqayya Eid Abu Eid, 13 years of age, who was killed, earlier Saturday, by an armed guard of Anatot Israeli colony, built on Palestinian lands near Anata town, northeast of Jerusalem.