Soldiers Kidnap Six Palestinians In Bethlehem, One In Jenin 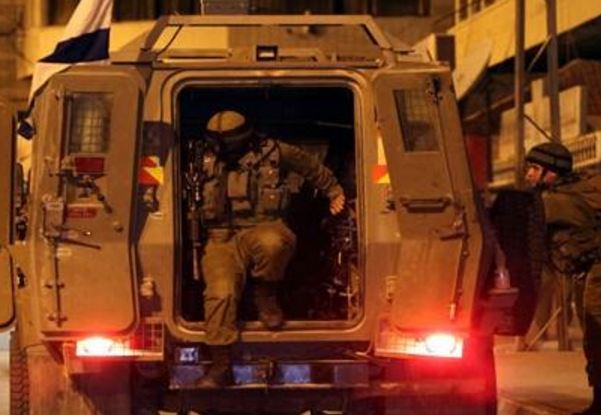 The invasion led to clashes between the soldiers and local youths in the Salaam neighborhood, in the center of the refugee camp, and the soldiers fired several gas bombs and concussion grenades.

In addition, the army kidnapped Mahmoud Issa Najajra, 24, Abdul-Halim Mohammad Najajra, 23, and Rashed Ibrahim Najajra, 17, from Nahhalin town, west of Bethlehem, while working in Jerusalem, after the soldiers claimed they did not carry entry permits or work permits.

In Jenin city, the soldiers summoned Farid Ziad al-Jammal, 21, for interrogation in the Salem military base, after invading his home and violently searching it, causing excessive damage in addition to breaking some of its doors.

Furthermore, the soldiers invaded Kafr Ein village, north of Ramallah, and drove in its neighborhoods; no clashes or arrests were reported.