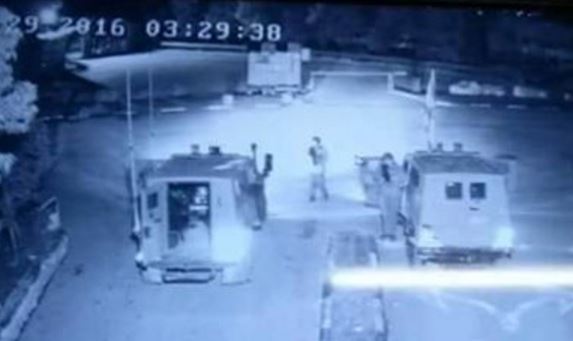 Dozens of Israeli soldiers invaded, on Friday at dawn, the students’ dorms in Abu Dis University, east of occupied Jerusalem, searched and ransacked them causing excessive property damage, and confiscated computers and flags.The army detained the university guards in one room, before conducting the invasion, and violent searches.

The University said the soldiers surrounded the campus before invading it, approximately at three at dawn, and started breaking into student’s rooms and searching them.

Following the invasion, clashes took place close to the university as many youths hurled stones and empty bottles on the military vehicles, while the soldiers fired several live rounds and gas bombs.

Also on Friday at dawn, the soldiers kidnapped six Palestinians in Bethlehem and one in Jenin.