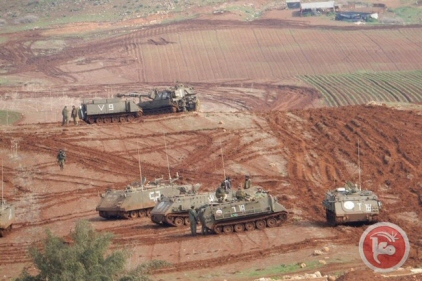 Israeli forces, late Friday, confiscated trucks and equipment being used to build a new agricultural road in the Palestinian village of Khirbet al-Dir, in the northern Jordan Valley.The head of a local council in the occupied West Bank village, al-Maleh Arif Daraghmah, saidthat military forces had seized the equipment, without citing a reason for its removal.

Daraghmah added that, days before, Israeli forces had ruined dozens of acres of agricultural land and roads while carrying out military drills in the area.

A spokesperson for Israel’s Coordinator of Government Activities in the Territories (COGAT) told Ma’an News Agency: ‘Yesterday evening, two trucks, JCB and an excavator, were confiscated as they were used for illegal road building adjacent to Mehoula in Area C.’

The Jordan Valley — occupied with the rest of the West Bank in 1967 — is in Area C, under full Israeli military and administrative control, and residents of the area face a constant threat of destruction of structures and property.

Threats of displacement for the thousands of Bedouins living in the area have reportedly increased dramatically since 2012, notably the use of Israeli military training exercises as a means of forcible displacement.

Rights groups argue that Israel aims to fully annex the strategic area of land and is unlikely to return the occupied area to Palestinians.

Israeli media reported earlier this week that the Israeli government announced that it may revoke the closed military zone status of a number of land plots in the Jordan Valley, supposedly returning the land to their original Palestinian owners after decades of confiscation.

The news came several days after COGAT announced that plans to declare 1,500 dunams (370 acres) of land in the Jordan Valley as ‘state land’ were in their “final stages.”

The move will be the largest declaration of ‘state land’, by Israel, since August 2014.