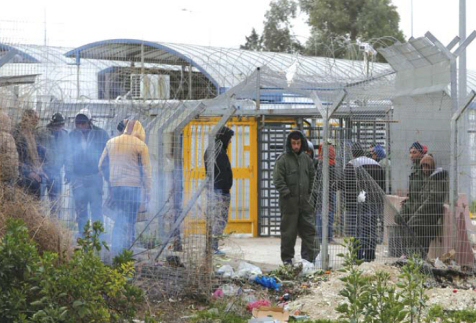 Israeli violations of international law and international humanitarian law in the oPt continued during the reporting period (21 –27 January 2016).Israeli attacks in the West Bank & Gaza:

Israeli forces have continued to commit crimes, inflicting civilian casualties. They have also continued to use excessive force against Palestinian civilians participating in peaceful protests in the West Bank and Gaza Strip, the majority of whom were youngsters. Occupied East Jerusalem witnessed similar attacks. During the reporting period, Israeli forces killed three Palestinian civilians, including two children, in the West Bank. Moreover, they wounded 22 civilians, including three children; 12 of whom, including a child, were wounded in the Gaza Strip while the remaining others were wounded in the West Bank. Concerning the nature of injuries, 11 civilians were hit with live bullets and 11 others were hit with rubber-coated metal bullets.

During the reporting period,Israeli forces conducted at least 73 military incursions into Palestinian communities in the West Bank and four ones in occupied East Jerusalem.During these incursions, Israeli forces arrested at least 47Palestinian civilians, including seven children. Elevenof these civilians, including four children,were arrested in East Jerusalem.

Among the arrested were Hatem Qafisha (56), PLC member representing the Change and Reform Bloc of Hamas movement, and engineer Essa al-Ja’bari (49), a leader in Hamas movement and former Minister in the 10th Palestinian Government. Both of them were arrested from their houses in Hebron.

In the context of house demolitions and demolition notices issued on grounds of non-licensing construction works, on 22 January 2016, Dabash family was obliged to self-demolish their house in sour Baher village, southwest of occupied Jerusalem, under the pretext of non-licensing. They self-demolished the house to avoid paying the fine demolition costs to the Israeli municipality. It should be noted that the 80-square-meter house was built 20 years ago. The Israeli forces imposed fines on the family several times for building without a license, but a final decision was taken to the Israeli court to oblige the family self-demolish the house on 24 January 2016.

On 23 January 2016, Israeli forces accompanied by special forces and police officers moved into a number of neighbourhoods in Silwan village, south of the Old City in East Jerusalem. They distributed notices to owners of a number of residential buildings and commercial facilities to refer to the municipality.

On 27 January 2016, Israeli municipality vehicles demolished an underconstruction house in al-Sal’ah neighbourhood in al-Mukaber Mount village, southeast of occupied Jerusalem. The house belongs to Mousa Surri, who was finishing the house to move in along with his family within the coming weeks. The house cost him NIS 130,000.

On the same day, Israeli municipality vehicles demolished a house belonging to the family of Kefaya al-Resheq, north of occupied Jerusalem. The house sheltering 19 family members was demolished in favour of establishing Road 21 that has been planned for since the 90s.

On 21 January 2016, Israeli forces demolished an agricultural room, a wells and pillars to establish a livestock barrack, west of Beit Oula village, west of Hebron. The demolition was carried out under that no permit was obtained from the competent authorities in the Israeli Civil Administration and the abovementioned utilities are located in area (C).

On 22 January 2016, Israeli forces informed the residents of Karma village, east of Doura, southwest of Hebron, of levelling a road under the pretext that it was located in area (C). It should be noted that the abovementioned road was the only way out of the village for Palestinian vehicles after Israeli forces had closed the main entrance to the village for years.