Army Kidnaps A Palestinian In Ramallah, Injures Another In Bethlehem 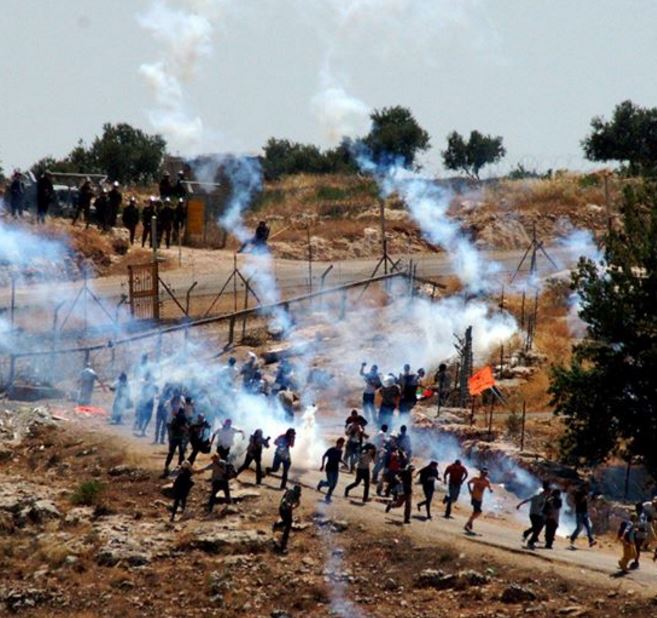 Israeli soldiers kidnapped, on Friday at dawn, one Palestinian in Ramallah district, after invading his home and searching. The army also invaded Qabatia, near Jenin, and injured one Palestinian near Bethlehem.The soldiers invaded Kobar village, northwest of the central West Bank district of Ramallah, searched homes and kidnapped a young man, identified as Anas Barghouthi.

The army also invaded several homes in Qabatia town, south of the northern West Bank city of Jenin, searched many homes and interrogated dozens of residents.

The soldiers invaded the town from its eastern and northern parts, and clashed with dozens of youngsters, especially near the Central Market area.

On Thursday evening, a young man was injured by Israeli army fire, after the soldiers invaded Teqoua’ town, east of Bethlehem, and clashed with local youths, who hurled stones and empty bottles on them, while the soldiers fired live rounds, rubber-coated steel bullets and gas bombs.

The young man was shot with a live round in his thigh, and was moved to a local clinic for treatment.