ISM Calls for Internationals to Volunteer in Palestine 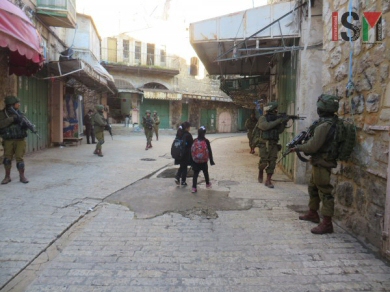 Today, Palestinians are facing an enormous amount of pressure in their lives due to the growing violence of Israeli forces.

They face restrictions of movement, daily harassment, intimidation and attacks at hands of Israeli occupying forces and extremist settlers. ISM is a Palestinian-led movement; their actions are initiated on the invitation of Palestinians, following their lead and wishes. They, as internationals, are needed to monitor human rights violations and show their support for the popular struggle.

Since the beginning of October, Israeli occupation forces increased their abuse of power by carrying out a series of extrajudicial killings of Palestinians, in a manner that is completely unjustified and, in most cases, constituting crimes of war. Israeli politicians have fueled the motivation to kill Palestinians by making open statements encouraging Israeli citizens to become executioners. In addition, Israeli forces are applying measures of collective punishment towards the families of Palestinians who are killed in this unlawful manner. Over 170 Palestinians have been killed since October, many of them children. On February 14th alone Israeli forces shot dead 5 Palestinians, including 3 children, and critically wounded a 14-year-old girl in al-Khalil.

With more volunteers, ISM could more effectively fulfill its commitments to the Palestinian communities they work with, such as walking with schoolchildren and monitoring checkpoints. A larger team also opens up the possibilities of working in more locations and regions where international presence can be useful.

ISM’s presence in Palestine is crucial, because they witness and document what they see, and can show the world what is happening on the ground.

Details at the official website of the International Solidarity Movement.