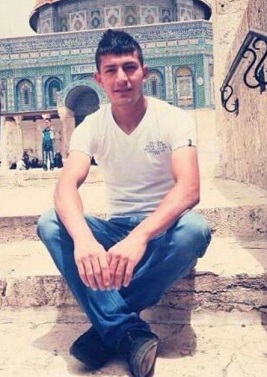 The soldiers fired several live rounds on the Palestinian, seriously wounding him, and left him to bleed to death, the Palestinian News & Info Agency said.

Israeli sources said a Border Policeman was hit in the head, and that the second officer suffered a bruise in his hand, before they were moved to Shaare Zedek Medical Center, in Jerusalem.

The wounded Palestinian woman was just passing by when the incident took place, and suffered a shrapnel in her leg, from ricochet of a bullet fired by the soldiers when they targeted Abu Khalaf.

Israeli soldiers have killed at least 180 Palestinians, including 49 children and several women, since October 1, 2015.