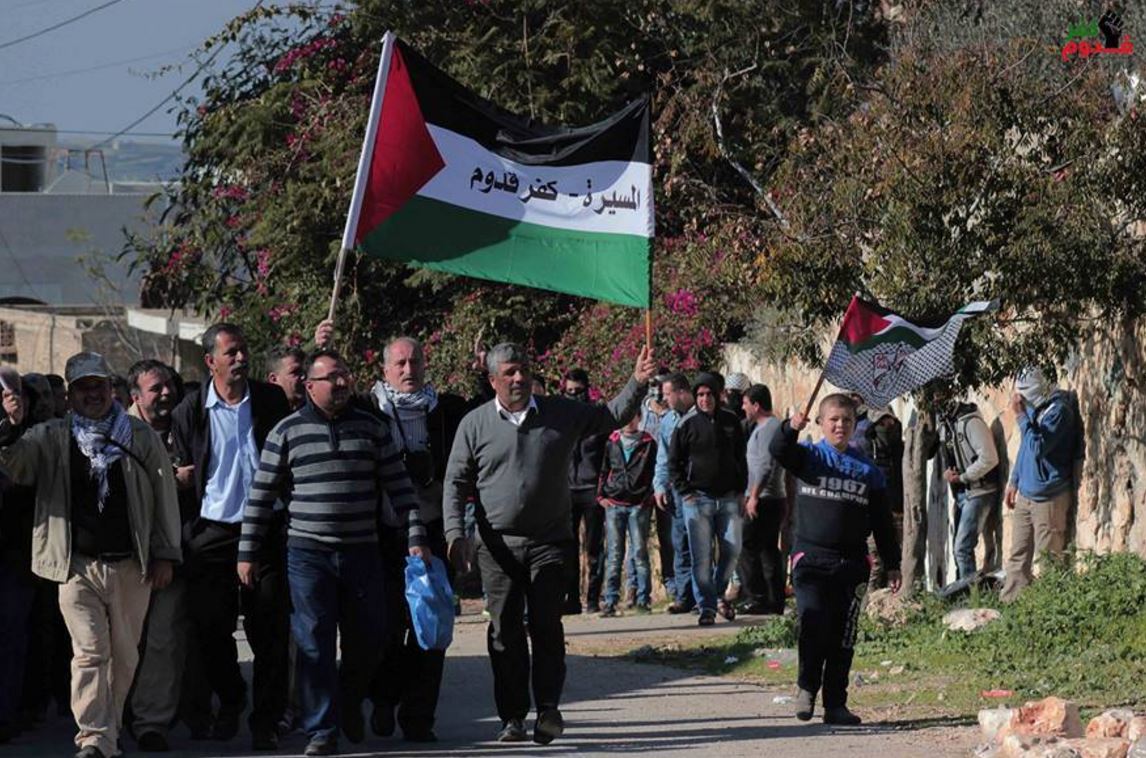 Dozens of Israeli soldiers invaded, Friday, Kafr Qaddoum town, in the northern West Bank district of Qalqilia, and violently assaulted the weekly protest against the Wall and Colonies, wounding one journalist.The Popular Committee in Kafr Qaddoum said one journalist, identified as Ala Badarna, was shot by army fire in his arm, and was provided with the needed treatment.

The Palestinians started their procession from the center of the village, carrying Palestinian flags, and chanting for liberation and independence, and for the release of hunger striking detainee Mohammad al-Qeeq.

Morad Eshteiwy, media spokesperson of the Popular Committee in the town, said the soldiers invaded it while firing live rounds, and also fired gas bombs and concussion grenades, while local youngsters hurled stones and empty bottles on the invading vehicles.

Kafr Qaddoum residents have been protesting for the fifth consecutive year, demanding Israel to reopen the town’s main road, that connects it with the surrounding Palestinian communities.

The soldiers closed the village’s main road, thirteen years ago, to allow easy access to the settlers driving to and from the illegal Kedumim colony, built on Palestinian lands.

In related news, the soldiers invaded Qabatia town, south of the northern West Bank city of Jenin, searched homes, kidnapped Ma’moun Ahmad Sabaghna, 17, and took him to an unknown destination.

The army also attacked the weekly nonviolent protest against the Annexation Wall and colonies, in Bil’in village, west of the central West Bank city of Ramallah, causing dozens to suffer the effects of tear gas inhalation.