Including A Child, Four Palestinians Injured In Silwad 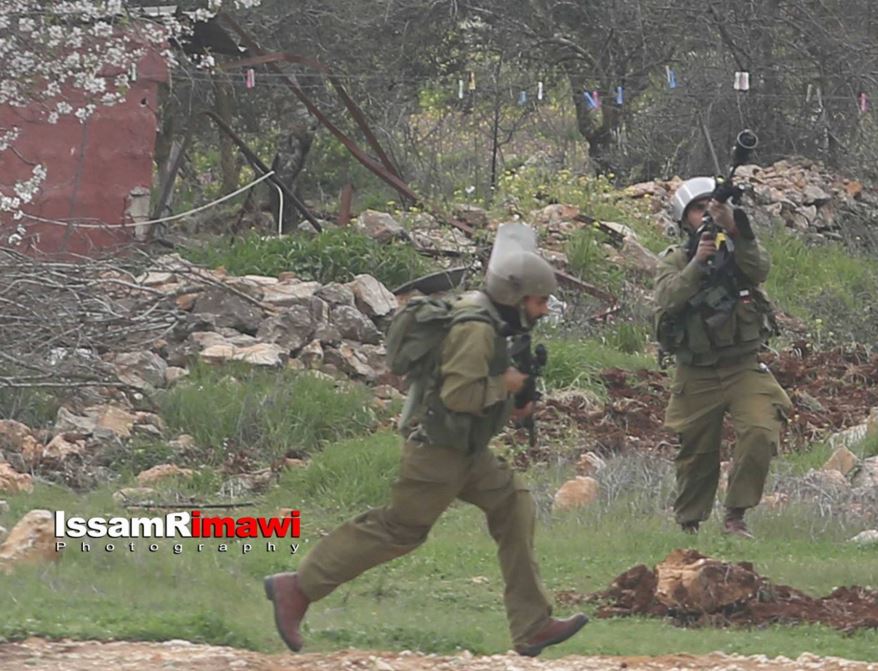 Palestinian medical sources have reported, on Saturday evening, that one child was hit with a gas bomb in his face, and three Palestinians were shot with rubber-coated metal bullets and many suffered the effects of teargas inhalation, after Israeli soldiers invaded Silwad town, east of Ramallah.Clashes took place in the town, especially following the funeral ceremony of ‘Aabed Hamed, 20, who was killed by Israeli army fire, on Friday.

The soldiers fired many gas bombs, rubber-coated steel bullets and live rounds during clashes with local youths, who hurled stones and empty bottles on them, after the army invaded their town.

Medical sources said a child was injured after a soldier hurled a gas grenade on him, directly hitting him in the face, wounding him, and causing him to suffer severe effects of tear gas inhalation.

The sources added that three Palestinians were shot with rubber-coated metal bullets, and many others suffered the effects of tear gas inhalation.

The army also completely sealed the western entrance of the town, and pushed more soldiers around it.