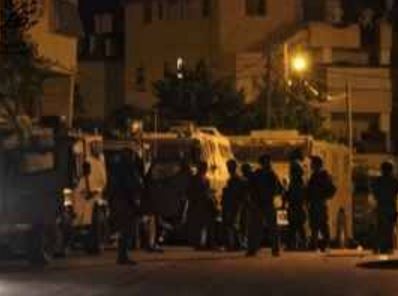 The soldiers invaded and ransacked many homes throughout the town, interrogated the families, and confiscated a car belonging to resident Mohannad Rabay’a.

They also invaded Sanour nearby village, stormed a home belonging to resident Omar ad-Dolab, and searched his property while interrogating the family.

Also on Tuesday at dawn, the soldiers invaded several towns and refugee camps in northern West Bank city of Nablus, broke into and searched dozens of homes, before kidnapping nine Palestinians, and injuring eight others.