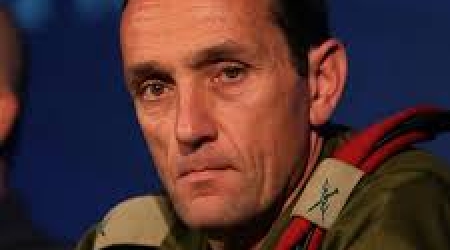 The ongoing economic crisis in Gaza could lead to a renewed security escalation in Gaza, Israeli Military Intelligence Chief Major General Herzl Halevi told members of the Knesset Foreign Affairs and Military Committee, on Tuesday.During the closed-door session, Halevi briefed members of the committee about the latest security developments and assessments held by military intelligence, and touched on recent developments in the Gaza Strip.

He noted, according to Al Ray, that Gaza’s unemployment rate stands at more than 40 percent, and there are no economic growth engines to speak about.

He went on saying that Hamas invests heavily in rocket manufacturing and combat tunnel digging, but has offered no effective solutions to alleviating the difficult economic situation.

He said that within the Israeli military, there are concerns that Hamas could try to exploit instability in the West Bank caused by the future departure of PA President Mahmoud Abbas, who lacks a clear successor at this time. A key Israeli goal is to prevent Hamas from rising to power in the West Bank.