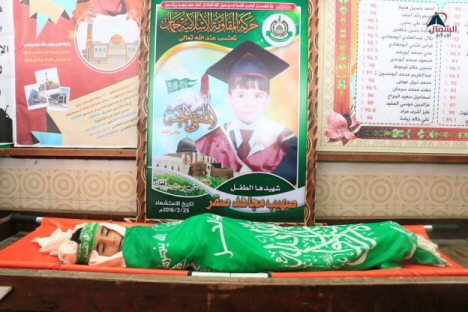 A Palestinian child was killed and another seriously injured, today, after an explosive device detonated in the Jabalia area of the northern Gaza Strip.The children were identified, respectively, as Soheib Mohajid Saqr, aged 5, and his brother,
Mos’ab, aged 6, both from Jabalia.

Sources said, according to Ma’an, that the injured child was taken to the Indonesian Hospital in northern Gaza Strip for treatment.

Details concerning the nature of the device are unclear, at the time of this report. Updates to come…