Soldiers Kidnap A Palestinian In Hebron, Injure Another In Gaza 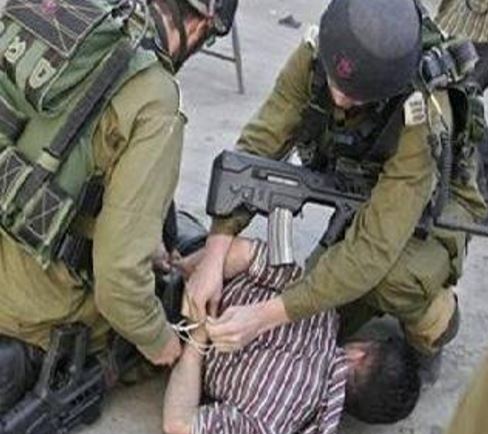 Israeli soldiers have kidnapped, on Sunday evening, a Palestinian teen from Beit Ummar town, north of the southern West Bank district of Hebron. The soldiers also shot and injured a Palestinian in Gaza.Media sources in Hebron said the soldiers stopped Hamza Ahmad Abu Hashem, 18, as he was driving on the main entrance of the town, kidnapped him after confiscating his car, and took him to the Gush Etzion military base, north of Hebron.

The army also stopped and searched many cars, and questioned dozens of Palestinians while inspecting their ID cards.

Eyewitnesses said the soldiers fired several live rounds on the farmers, who were working in their lands in the Sheja’eyya neighborhood, east of Gaza city, wounding one Palestinian.

Medics rushed to the scene, and moved the Palestinian to a local hospital; his wounds were described as moderate.