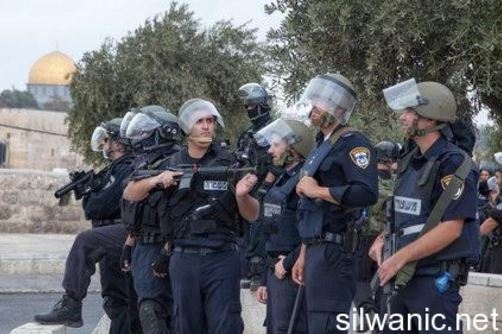 In Tulkarem, in the northern part of the West Bank, the soldiers kidnapped Mohammad Safareeni, in addition to Abdul-Latif Hasan Toba, 22, and his brother Mohammad, 19, after searching their homes.

In Hebron, in the southern part of the West Bank, the soldiers kidnapped two young men, identified as Fadi Abdul-Hafith Tamimi and Wael Masalma.

In Jericho, the army kidnapped a child, identified as Hadiyya Ibrahim ‘Oreinat, 15, from the al-‘Oja town, allegedly after she attempted to stab a police officer directing traffic after a tree fell down on road #90; the officer suffered a mild shoulder injury.

In addition, the soldiers invaded and searched homes in the al-‘Isawiyya town, in occupied Jerusalem, and kidnapped two Palestinians identified as Younis ‘Oleyyan and Ali Mheisin, before taking them to an interrogation center.

Updated From: a href=’http://www.imemc.org/article/75149′ target=’_blank’>Army Kidnaps Ten Palestinians In The West Bank, Demolishes A Gas Station