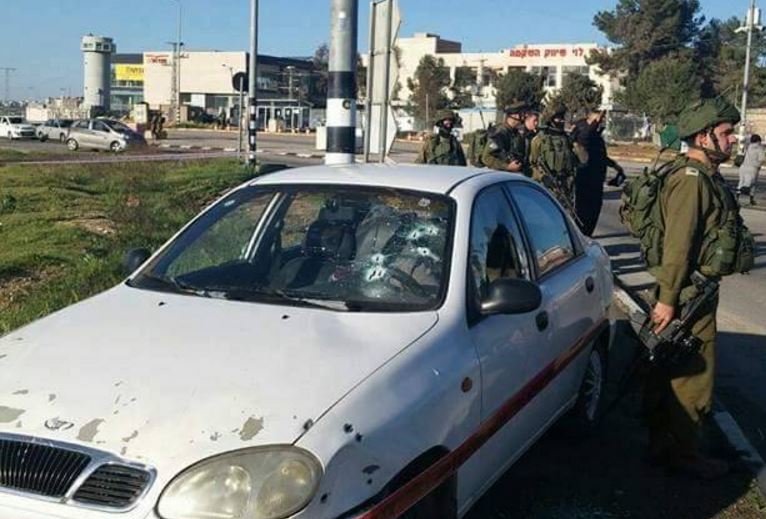 Israeli soldiers killed, on Friday morning, a Palestinian woman driving her car close to the Gush Etzion settlement block, on the main Bethlehem-Hebron road, south of Bethlehem. One Palestinian died in a tunnel accident in the Gaza Strip.The Israeli army claims that Amani Hosni Jawad Sabateen, 34, from Husan town west of Bethlehem, tried to ram soldiers with her car, and that one officer was mildly wounded before the army shot her dead.

The wounded officer was moved to Shaare Zedek Hospital in Jerusalem.

The army said the woman was driving a white Hyundai with Israeli license plates, and reportedly “carried a knife in her car.”

Local sources said the soldiers fired many rounds of live ammunition on the car, especially the front shield, fatally wounding the woman with several bullets. The slain woman is a married mother of five children.

In related news, medical sources in Gaza said a young man was killed, on Thursday evening, after a siege-busting tunnel collapsed on him, suffocating him under the rubble.

The sources identified the deceased Palestinian as Mohammad Mousa al-Astal, 31, from the al-Mawasi area, west of Khan Younis, in the southern part of the Gaza Strip.

It is worth mentioning that the soldiers have killed many Palestinians, under similar allegations of trying to ram soldiers with their cars, despite eyewitness accounts of accidental incidents that eventually led to fatal shootings.

One of them is Mahdiyya Mohammad Ibrahim Hammad, 38, a married mother of four children, from Silwad town, near Ramallah.

Another woman, identified as Tharwat Ibrahim Salman Sha’rawi, 72, was killed under similar circumstances, in Hebron.