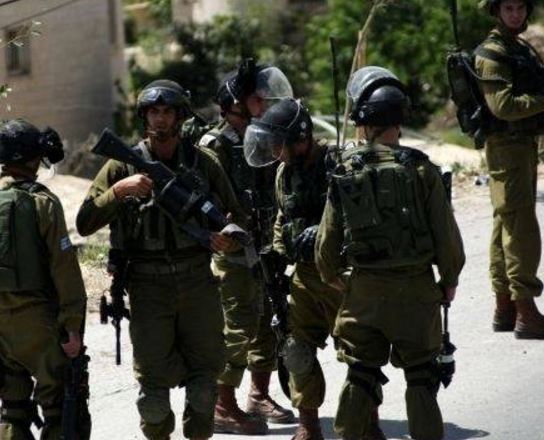 Israeli soldiers have kidnaped, on Friday at dawn, three Palestinians in the occupied West Bank, while two others were kidnapped on Thursday evening.Media sources in Bethlehem said the soldiers invaded the al-Khader town, south of the city, and kidnapped Mahmoud Hasan Salah, 27, after invading his home and searching it.
Salah is a former political prisoner, who was repeatedly kidnapped by the army and spent several years in detention.

On Thursday at night, the soldiers invaded the al-‘Isawiyya town, in the center of occupied Jerusalem, and kidnapped one Palestinian, after stopping his car as he was driving back home. He has been identified as Husam Mustafa.

On Thursday evening, the soldiers kidnapped one Palestinian on a sudden military roadblock, installed on the main road leading to ‘Arraba town, south of the northern West Bank city of Jenin.

The Palestinian, identified as Nabil Samir Sa’adi, 23, is from Sielet al-Harethiyya town, northwest of Jenin.