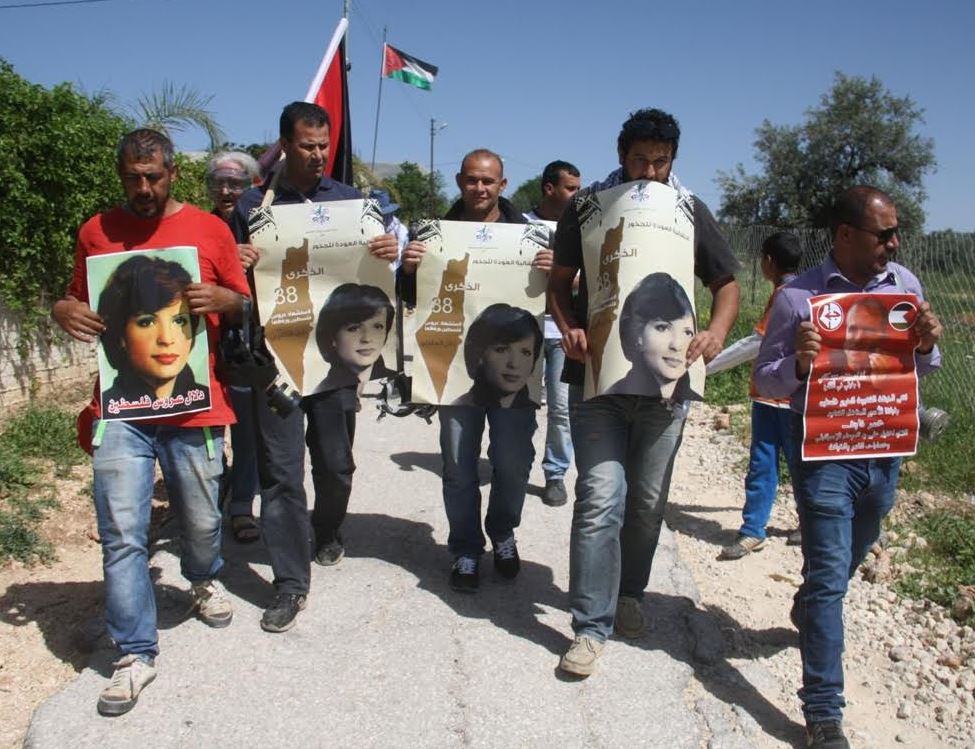 Israeli soldiers assaulted, on Friday, the weekly nonviolent protest against the Annexation Wall and colonies, in Bil’in village, near the central West Bank city of Ramallah, and fired dozens of gas bombs, causing many to suffer the effects of tear gas inhalation.Dozens of locals, Israeli and international peace activists marched from the center of the village, heading toward the village’s orchards and the Annexation Wall while chanting for the liberation of Palestine by ending the brutal and illegal Israeli occupation.

The Popular Committee against the Wall and Settlements in Bil’in said the soldiers fired dozens of rubber-coated metal bullets and gas bombs on the nonviolent protesters, in addition to firing gas bombs that detonate twice, and can hit targets as far as 1000 meters.

The Committee stated that this is the same type of gas bomb that killed Bassem Abu Rahma, on April 17 2009, and led to dozens of injuries over the years, in addition to causing a very serious injury to American peace activist Tristan Anderson, who was suffered quadriplegia after the bomb struck his head, on March 13, 2009.

The Committee urged local, regional and international human rights groups to intervene and stop the Israeli military escalation against the Palestinian people.

The attack against the protesters took place when the locals, Israeli and international peace activists marched from the center of the village while military vehicles drove to the village’s southern entrance.

The protesters carried Palestinian flags and pictures of American peace activist Rachel Corrie, who was crushed to death by an Israeli military bulldozer, on March 16 2003, while trying to prevent the army from demolishing a Palestinian home in Rafah, in the southern part of the Gaza Strip.

Abdullah Abu Rahma, the coordinator of the Popular Committee, denounced the Israeli invasion into the Palestine News agency, and the military order shutting it down, in addition to the excessive damage caused by the soldiers who violently searched it.

Abu Rahma said that such violations aim at silencing Palestinian media agencies and journalists, in an attempt to stop them from exposing Israel’s crimes and violations.

He also strongly denounced the Israeli crimes, and violations, targeting the Palestinian people, their homes, lands and property, and the attacks against nonviolent international solidarity activists.