Soldiers Injure Many Palestinians Near Ramallah, Kidnap Two Near Jenin 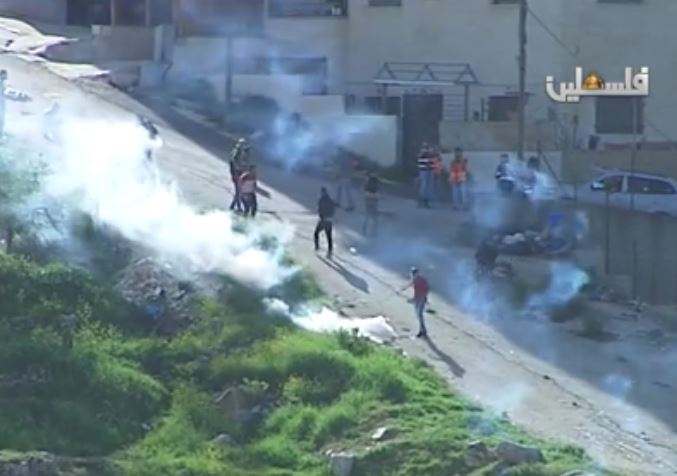 Two Palestinians have been injured Friday, and dozens suffered the effects of teargas inhalation after Israeli soldiers invaded Silwad, east of the central West Bank city of Ramallah. The army invaded the al-Jalazoun refugee camp, and clashed with many Palestinians, wounding three. Clashes also took place near the Ofer detention center.A large military force gathered near Settlement Road #60, close to Silwad town, before dozens of soldiers invaded the Shuhada Street, and were deployed between many homes, to ambush the protesters.

The army also fired many gas bombs on the protesters, and towards a number of homes in the town, causing dozens of residents to suffer the effects of teargas inhalation.

In related news, the soldiers invaded the al-Jalazoun refugee camp, north of Ramallah, and fired dozens of rubber-coated steel bullets, wounding three Palestinians, while many suffered the effects of teargas inhalation.

Clashes also took place near the Ofer Israeli detention center and military base; the soldiers fired many gas bombs on the protesters, who managed to throw some of those gas bombs back on the troops. Many Palestinians suffered the effects of teargas inhalation.

The soldiers stopped and searched dozens of cars, and examined the ID cards of the passengers while interrogating some of them.