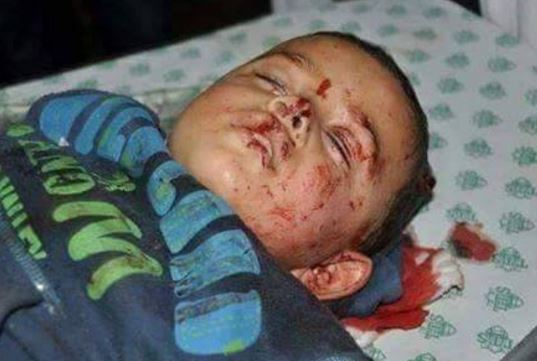 The Israeli Air Force carried out, on Saturday at dawn, a series of airstrikes targeting different areas in the Gaza Strip, killing a child and seriously wounding his sister, and his brother, after an Israeli missile directly struck their home.

Medical sources in Gaza said the slain child has been identified as Yassin Suleiman Abu Khousa, only 10 years of age, and said that his sister, Irsaa’, 6, and his brother Ayyoub, 13, were injured in the Israeli attack.

The sources said the children were in their home, near a building that was targeted by the Israeli Air Force with at least one missile in Beit Lahia, in the northern part of the Gaza Strip.

Medics and rescue teams rushed to the scene, and moved the wounded siblings to the Indonesian Hospital, in Beit Lahia.

Israeli war jets also fired, at least, one missile into an area, in the northern part of the Gaza Strip, causing damage to several homes.

Two Israeli missiles were also fired in the Zeitoun neighborhood, southeast of Gaza City, and struck an open area, in the Sourani Mountain area.

The Israeli army claimed its bombardment of the Gaza Strip came in retaliation for four rockets, reportedly fired from the coastal area, into areas south of the country.

It said that sirens were sounded in the Negev town of Sderot and Sha’ar HaNegev settlement, adding that the missiles ‘landed and detonated in open areas, causing no damage or injuries.’