It added that, nearly 30 minutes later, a Palestinian was shot dead when he reportedly injured a soldier after ramming his car into a bus.

The army said four of its soldiers were mildly wounded when the two Palestinians opened fire on them before the soldiers killed them.

The two have been identified as Qassem Farid Jaber, 31, and Amir Fuad Na’im al-Juneidi, 22, from Hebron city.

The two were in driving a car before they reportedly opened fire on Israeli soldiers, wounding three.

Approximately thirty minutes later, another Palestinian, identified as Yousef Waleed Tarayra, 18, was killed after the soldiers claimed he tried to ram them with his car.

Palestinian medics rushed to the scene but the army closed the area and prevented them from approaching the wounded Palestinians, who eventually bled to death.

It is worth mentioning that Jaber and al-Juneidi sell fruits and vegetables in the al-Baq’a area, known as Hebron’s Fruit Basket due to its fertile nature and rich water resources.

Israel considers the area strategic due to these facts, in addition to its plans to use the Palestinian lands for expanding Kharsina and Keryat Arba’ colonies, and to link them with each other.

In addition, dozens of Israeli soldiers invaded the family homes of Qassem Jaber, in the al-Baq’a, and Amir al-Juneidi, in the Sha’aba area, in Hebron city, in addition to the home of Yousef Tarayra, in Bani Neim town, east of Hebron.

The soldiers violently searched the homes of the three slain Palestinians and interrogated the families.

The army also placed sand hills, closing the Beit Ummar’s main road and the al-Fahs area, while dozens of soldiers were also deployed in the Beit ‘Einoun Junction. 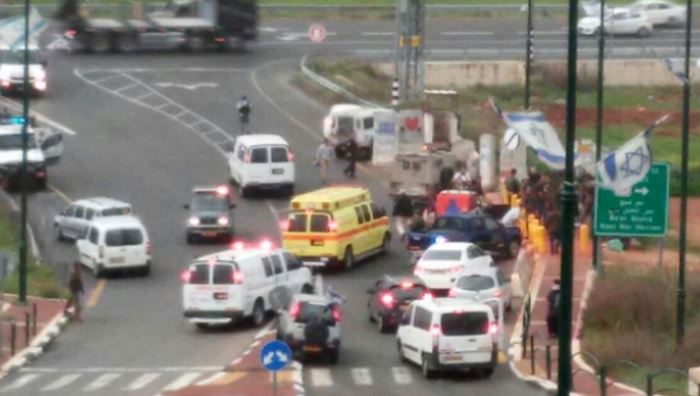